Despite significant operational changes to the Mackinac Bridge Annual Walk in 2018, more than 25,000 people participated in the 61-year tradition this Labor Day.

“The comments we heard both during the walk and those submitted through our website afterward have been very positive,” said Bob Sweeney, executive secretary of the Mackinac Bridge Authority (MBA). “We had no major issues and no traffic backups during the event, so we’re very pleased with how everything went.”

The most significant change to the walk was that it started from both ends of the bridge, eliminating the need for buses transporting participants from Mackinaw City to St. Ignace. Many people reported walking the entire bridge, either in one or both directions, and arranged their own transportation, if needed. No participants were turned away when the starting points were closed at 11:30 a.m. View a time lapse video of the walk here.

The bridge was closed to public traffic from 6:30 a.m. to noon during the event, as it was in 2017. Again, no traffic backups were reported on the highways and freeways approaching the bridge during the walk, and the bridge reopened at noon as planned.

The MBA decided to close the bridge to public traffic during the walk beginning in 2017, based on recommendations from the Michigan State Police and U.S. Department of Homeland Security. Emergency vehicles are still be permitted to cross the bridge during the event, but no public vehicles were allowed until the walk concluded and participants were off the bridge. 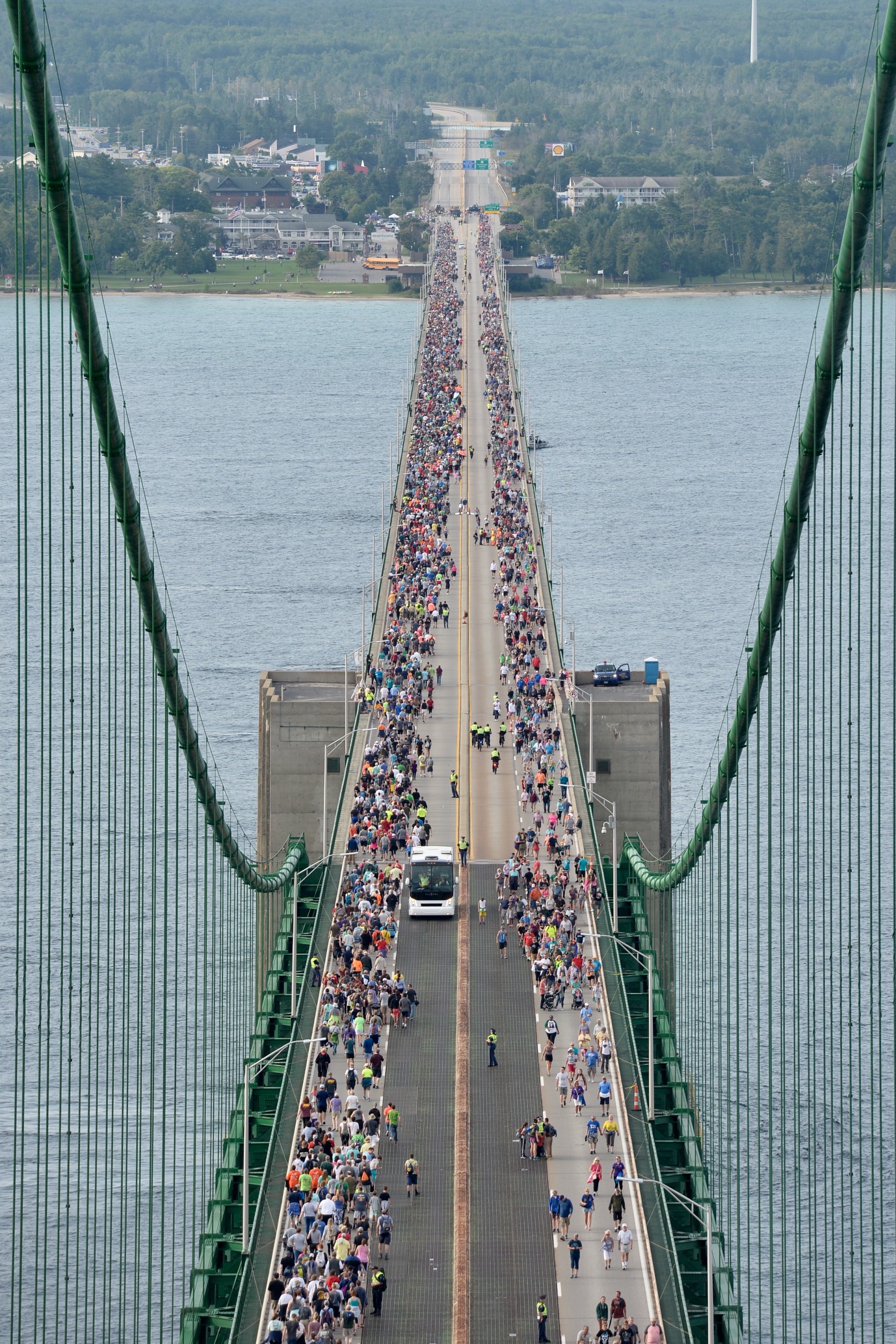 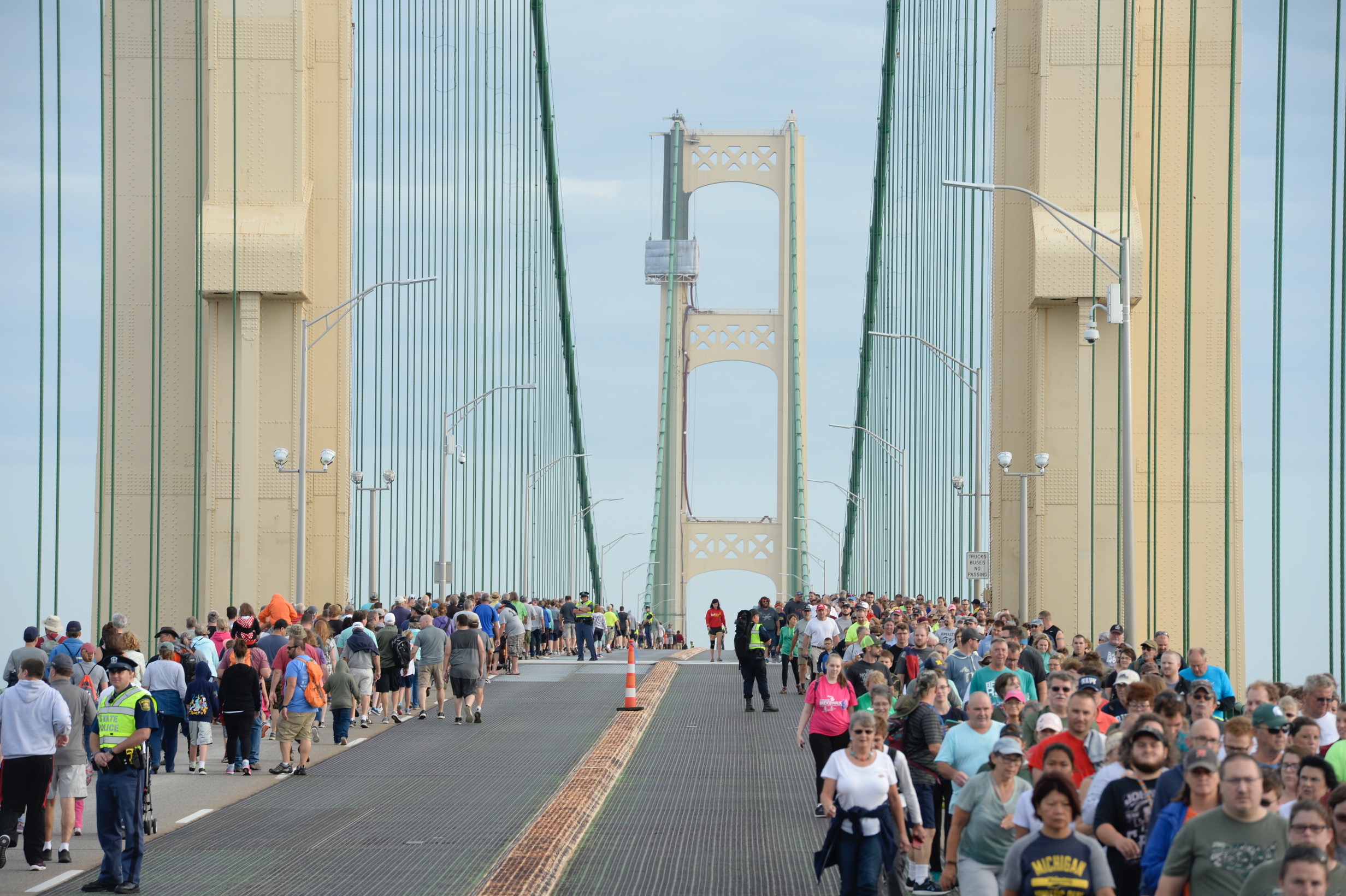 The 2018 Annual Bridge Walk included a first ever occurrence: walkers going both north and south on the bridge at the same time. Copyright 2018 MDOT Photography Unit 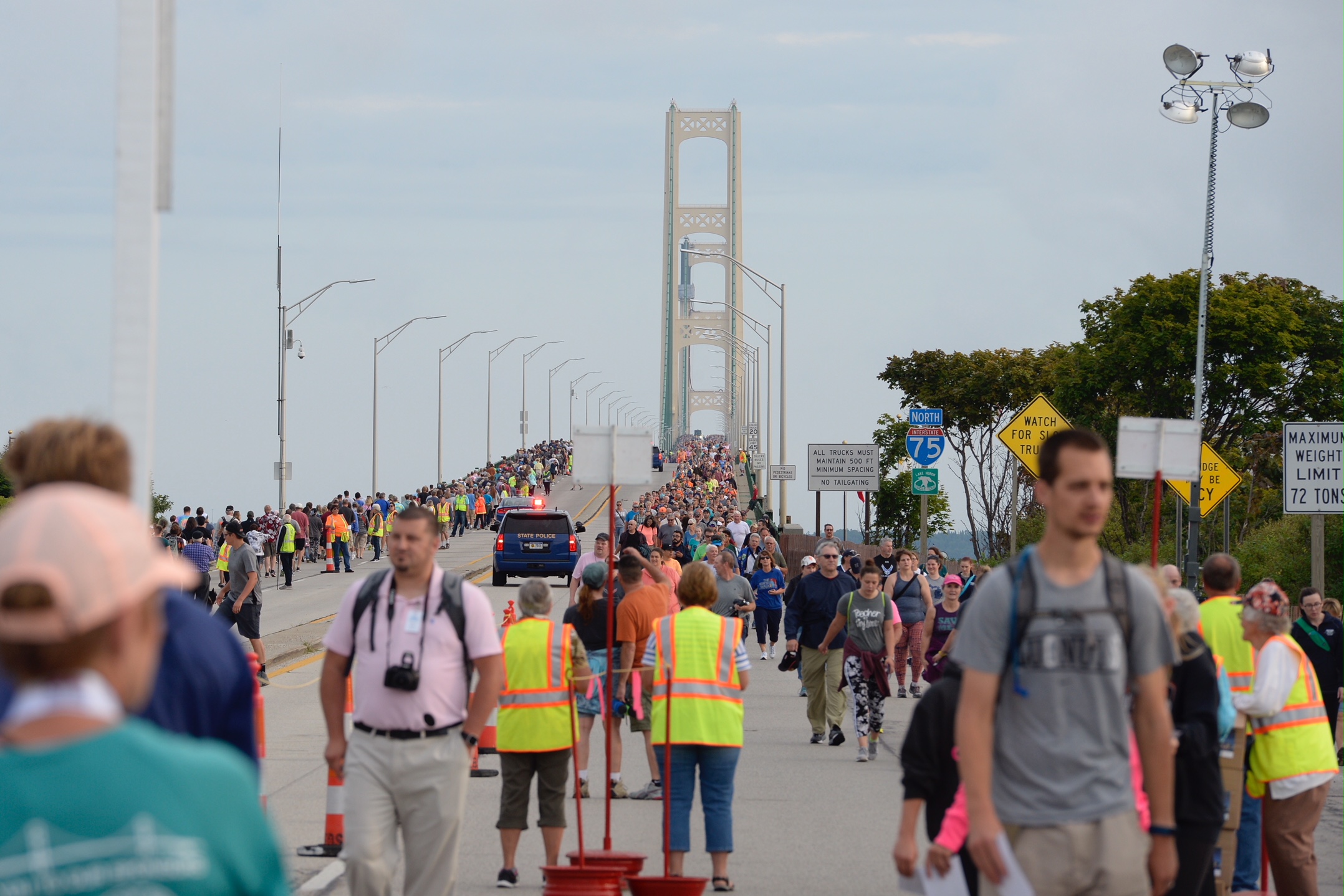 A view of the 2018 Annual Bridge Walk from Mackinaw City showing participants starting onto the bridge and exiting. Copyright 2018 MDOT Photography Unit